On the 7th of March, student football association v.v. Drienerlo hosted a football clinic along with some 6 vs 6 matches to wrap up the day! The day started beautifully with great weather and a bright sun, but unfortunately the clouds brought shadow and cold. Nonetheless, the 39 participants from the AZC and M-Pact came with great spirit to show their skill.

HELP FROM V.V. DRIENERLO
Once again, v.v. Drienerlo helped us with a great football clinic, with some nice music beats during the training. The football association already provided a spot in their internal futsal competition for a refugee team, and did numerous other activities in collaboration with Connecting Hands. Trainers Auke, Thijs, Roman and Sander explained several excersises, such as passing, goal-shooting and headers. After an hour of increasing skills, a well deserved break, and then it was time for the final element. The group was split into four and took each other on with three 6 vs 6 matches. And that’s when the real football players emerged! 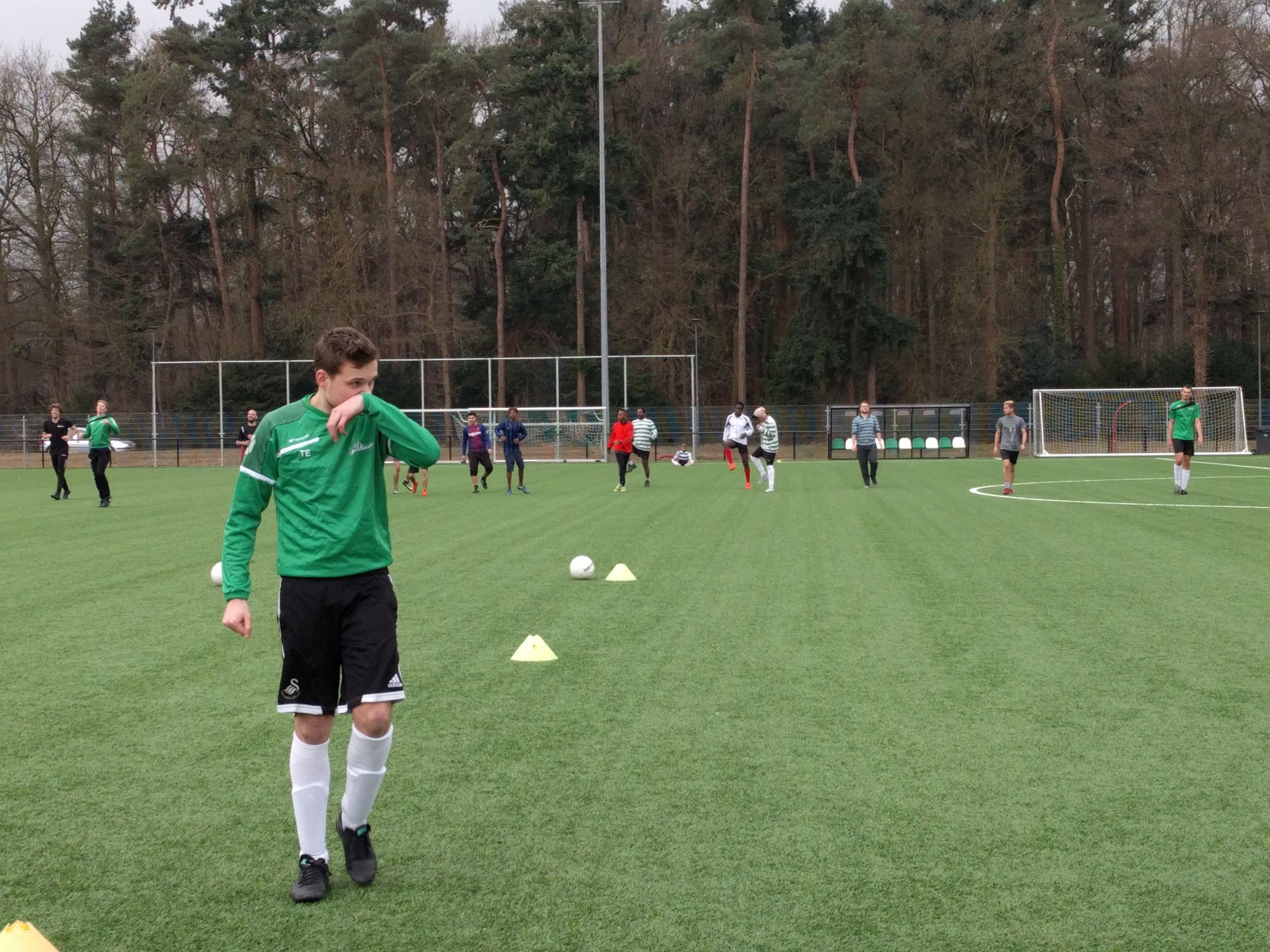 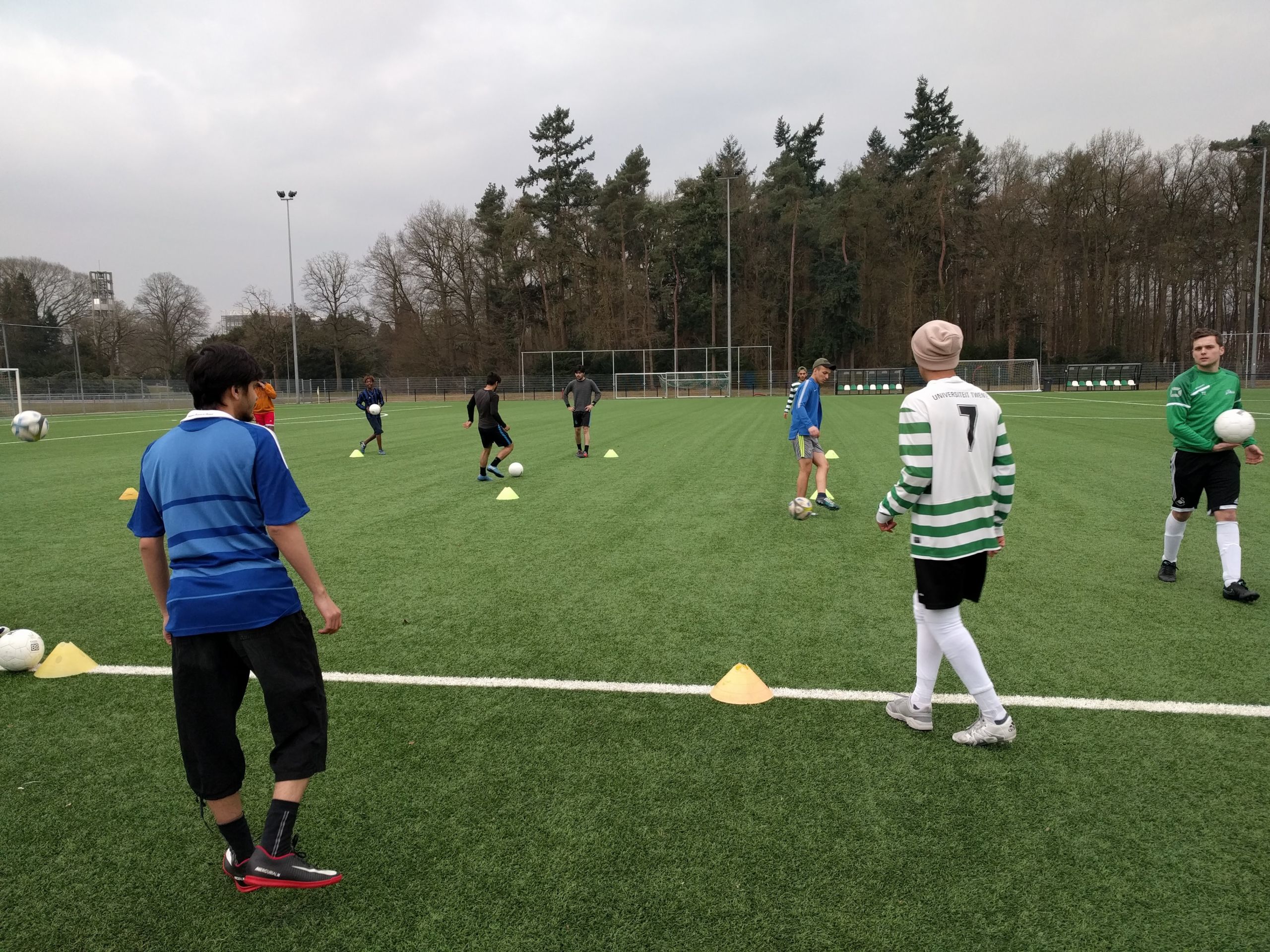 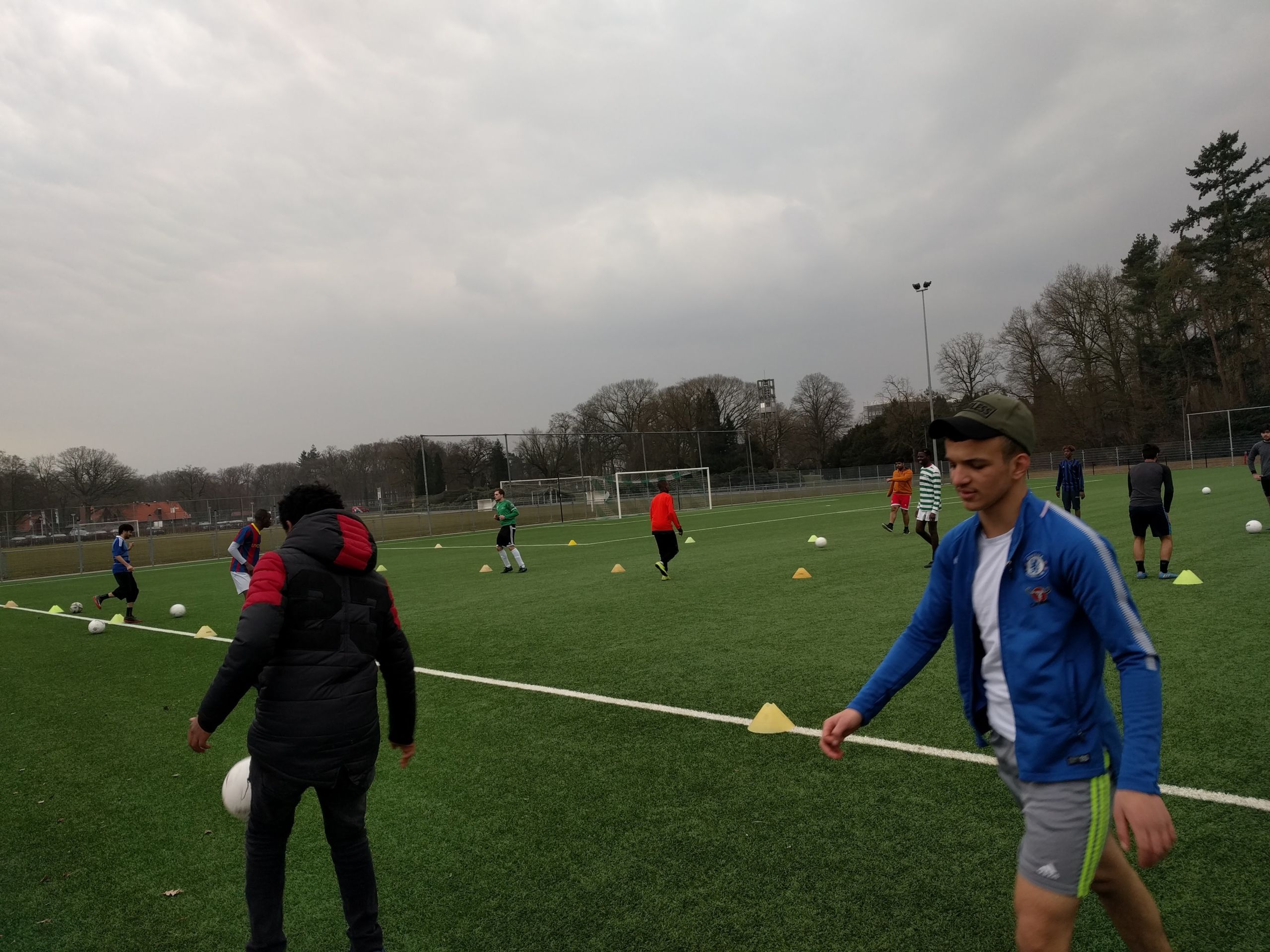 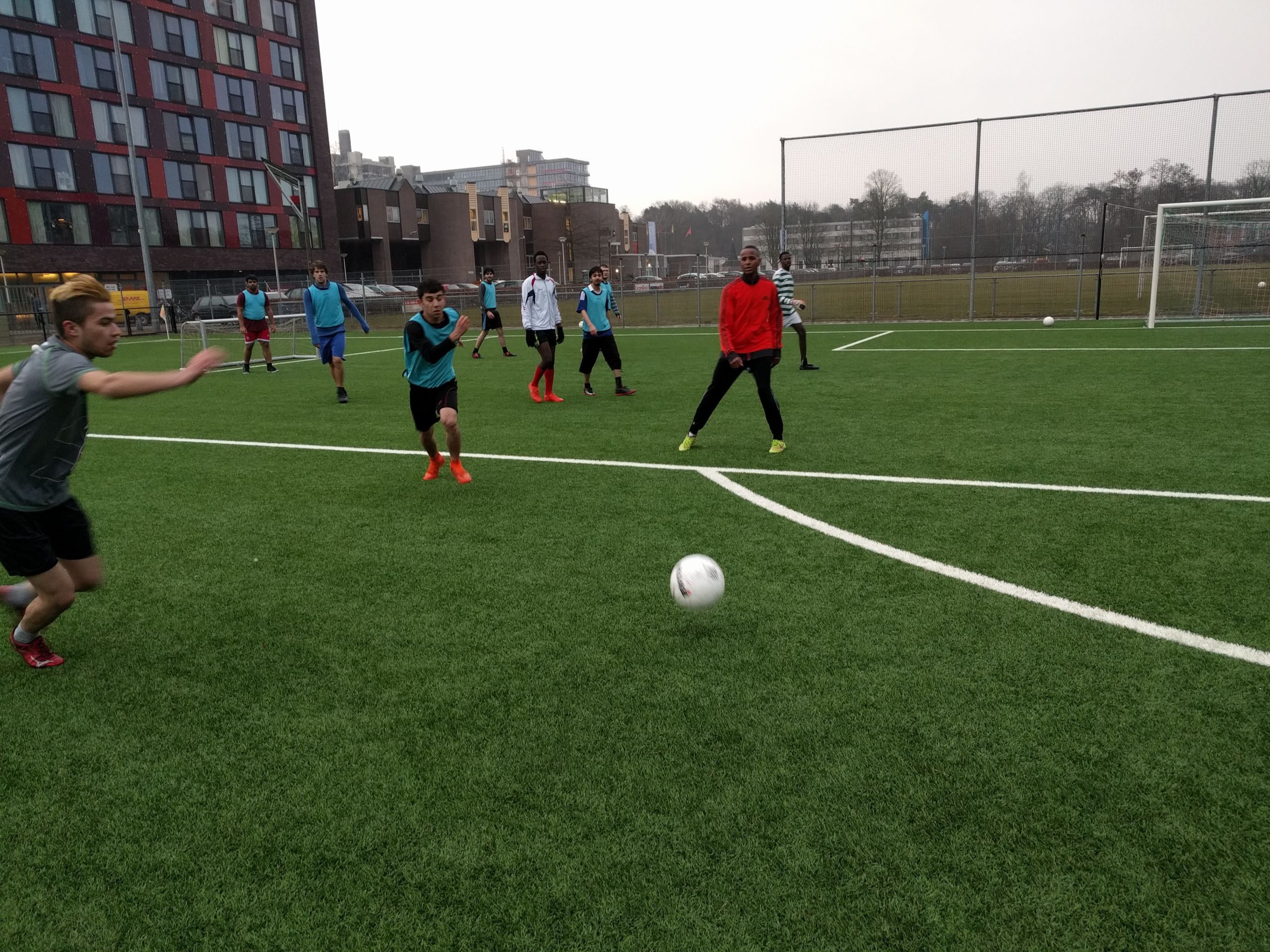 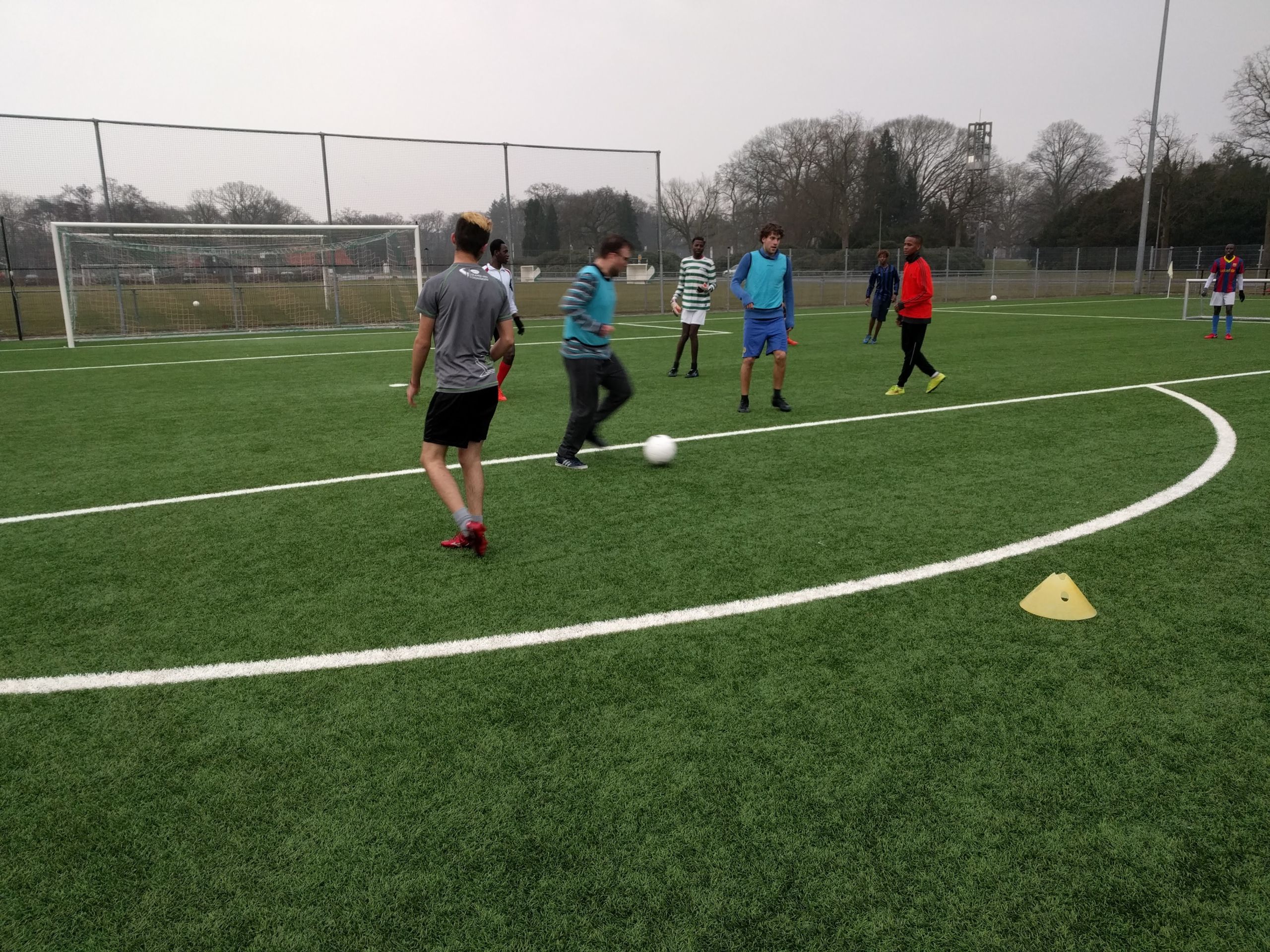 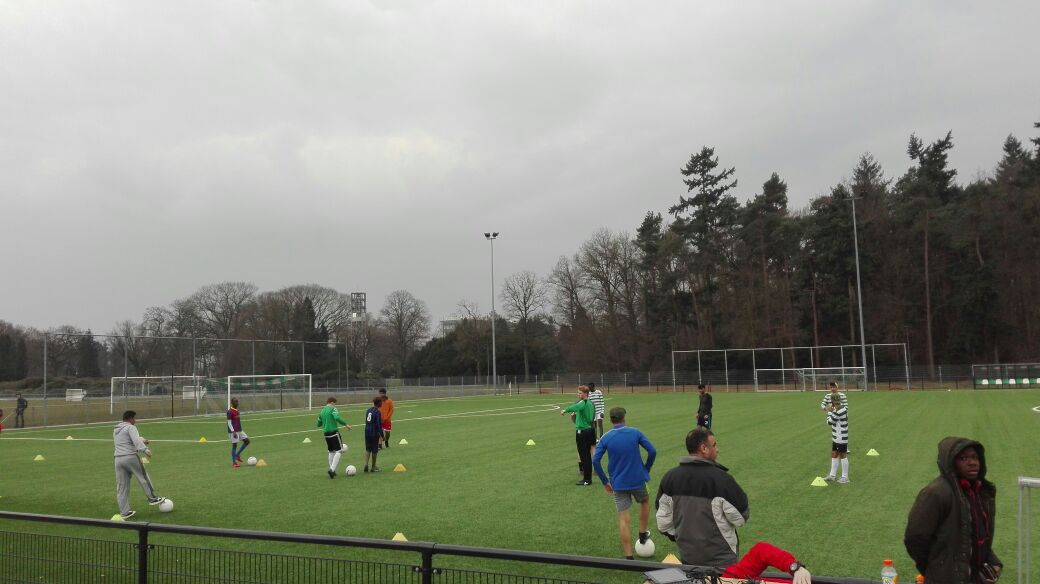 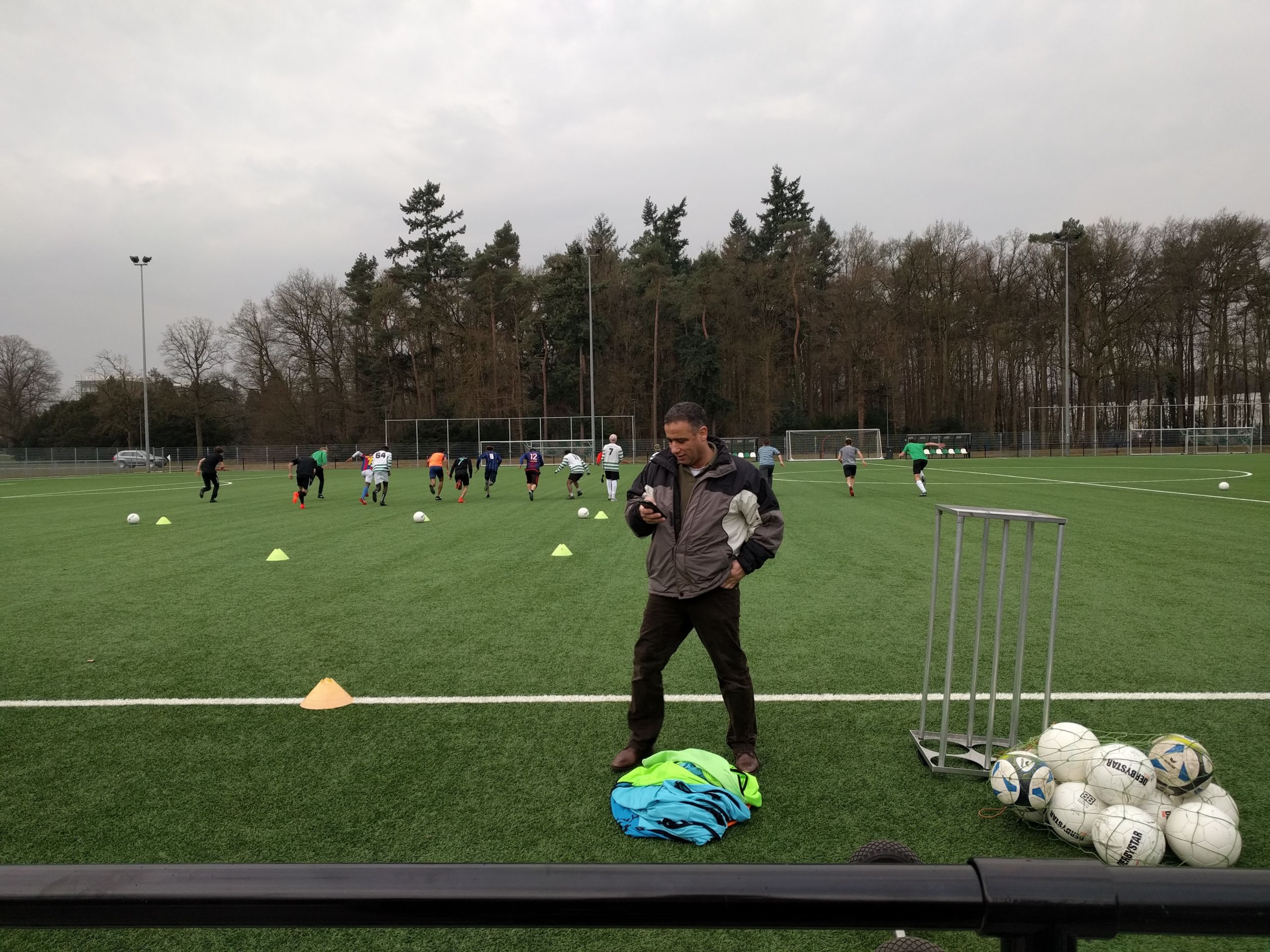 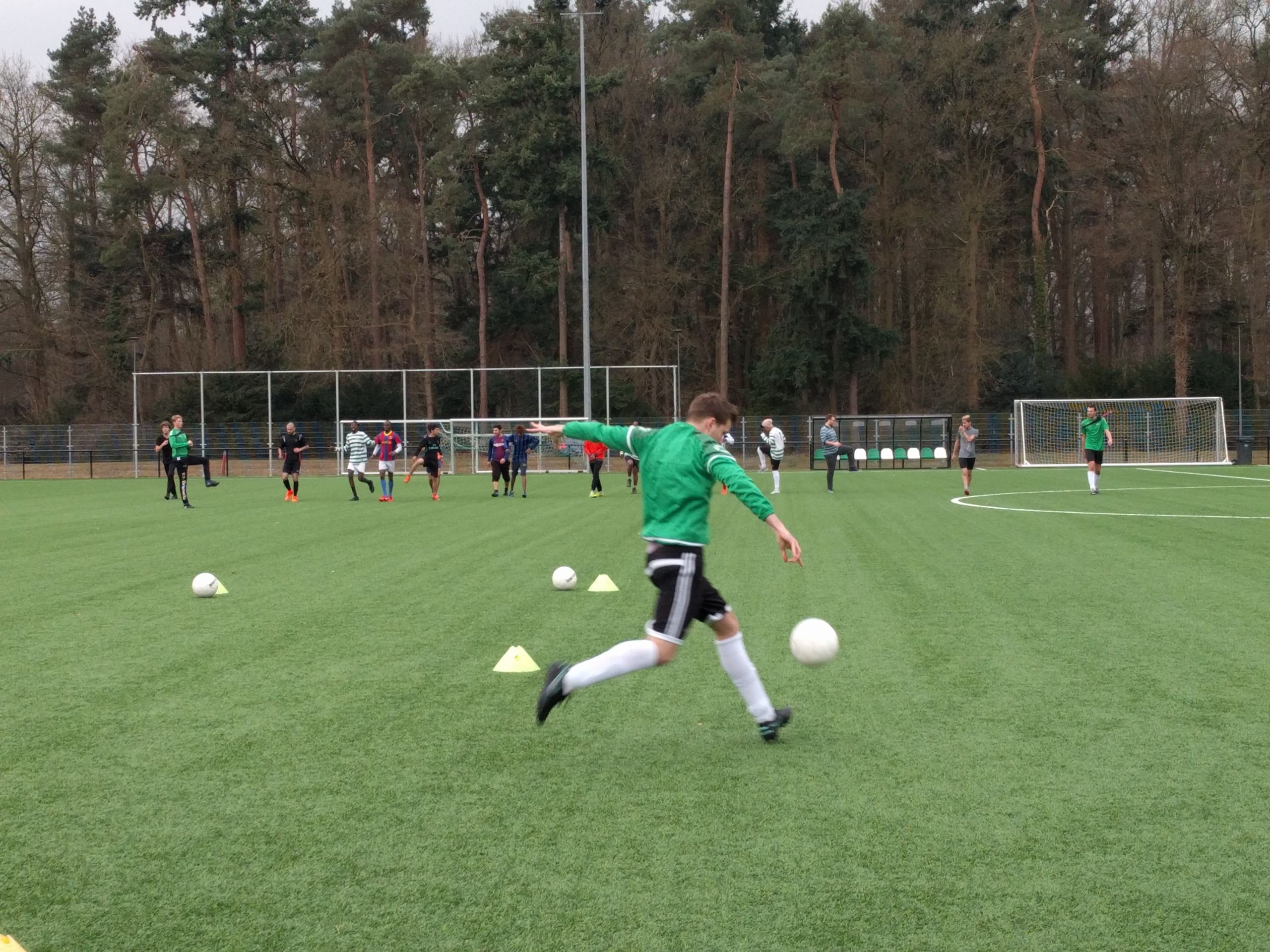