With the help of FC Twente, Connecting Hands took 100 people to the cup match FC Twente – Ajax. They witnessed a unique game that resulted in a 1-1 draw, after which FC Twente won the penalty series (6-5) and continued their cup tournament!

FC TWENTE – AJAX
A while ago, Connecting Hands teamed up with FC Twente and M-Pact to improve integration of refugees. A group of 50 persons – asylum seekers living at the AZC Almelo, and refugees living in Enschede and a part of the M-Pact programme – came together with 50 students from Enschede to watch the cup match FC Twente – Ajax. On Wednesday evening, the 20th of December, they saw FC Twente moving on to the quarter finals of the KNVB cup tournament by winning from Ajax.

Prior to the match, everyone met at the Kantine, a supporters lounge in the Grolsch Veste. They received a FC Twente scarf, provided by the local football club, along with their ticket. After the groups got to know each other, they went upstairs for a great and unique match.

More information on M-Pact can be found on their website. 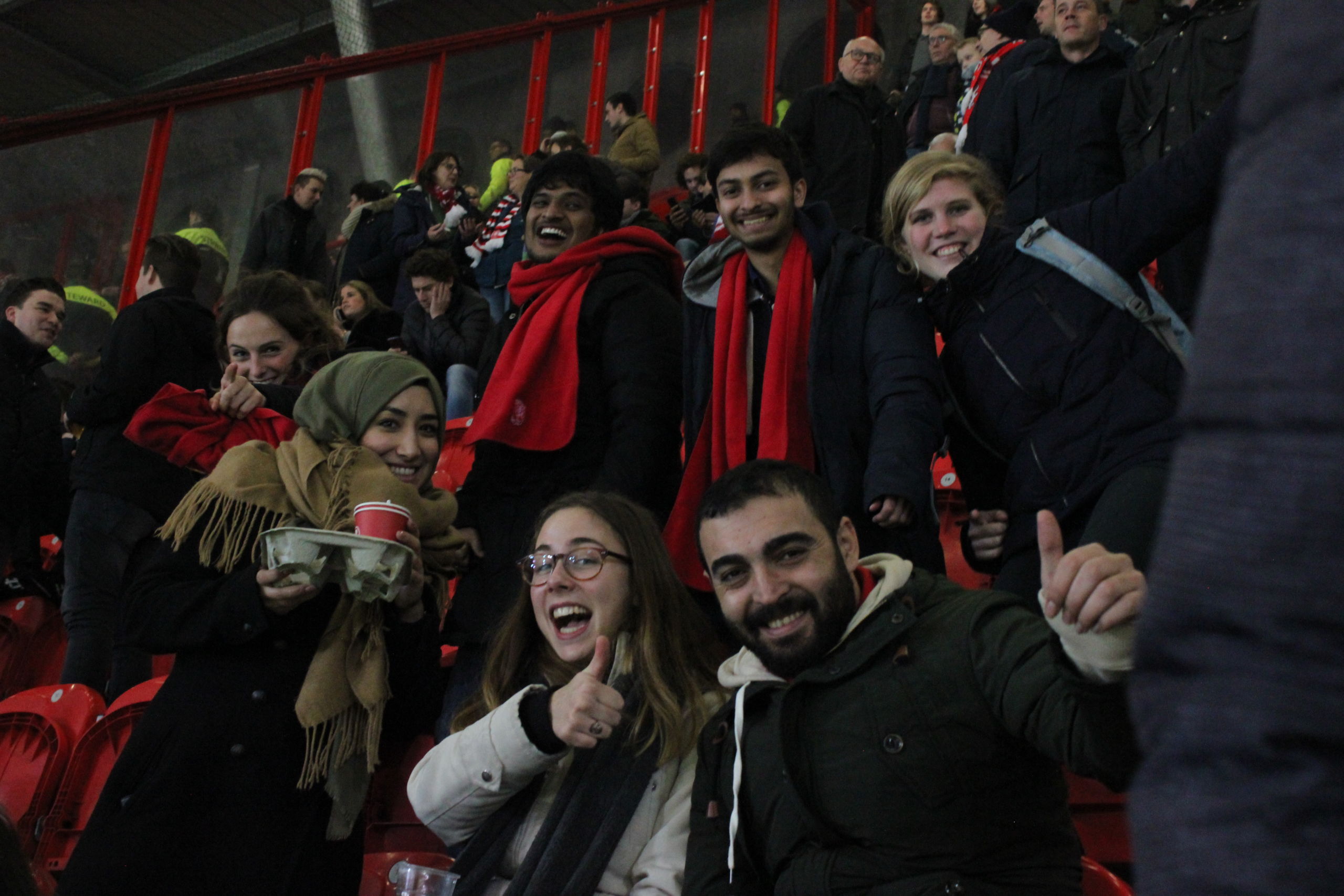 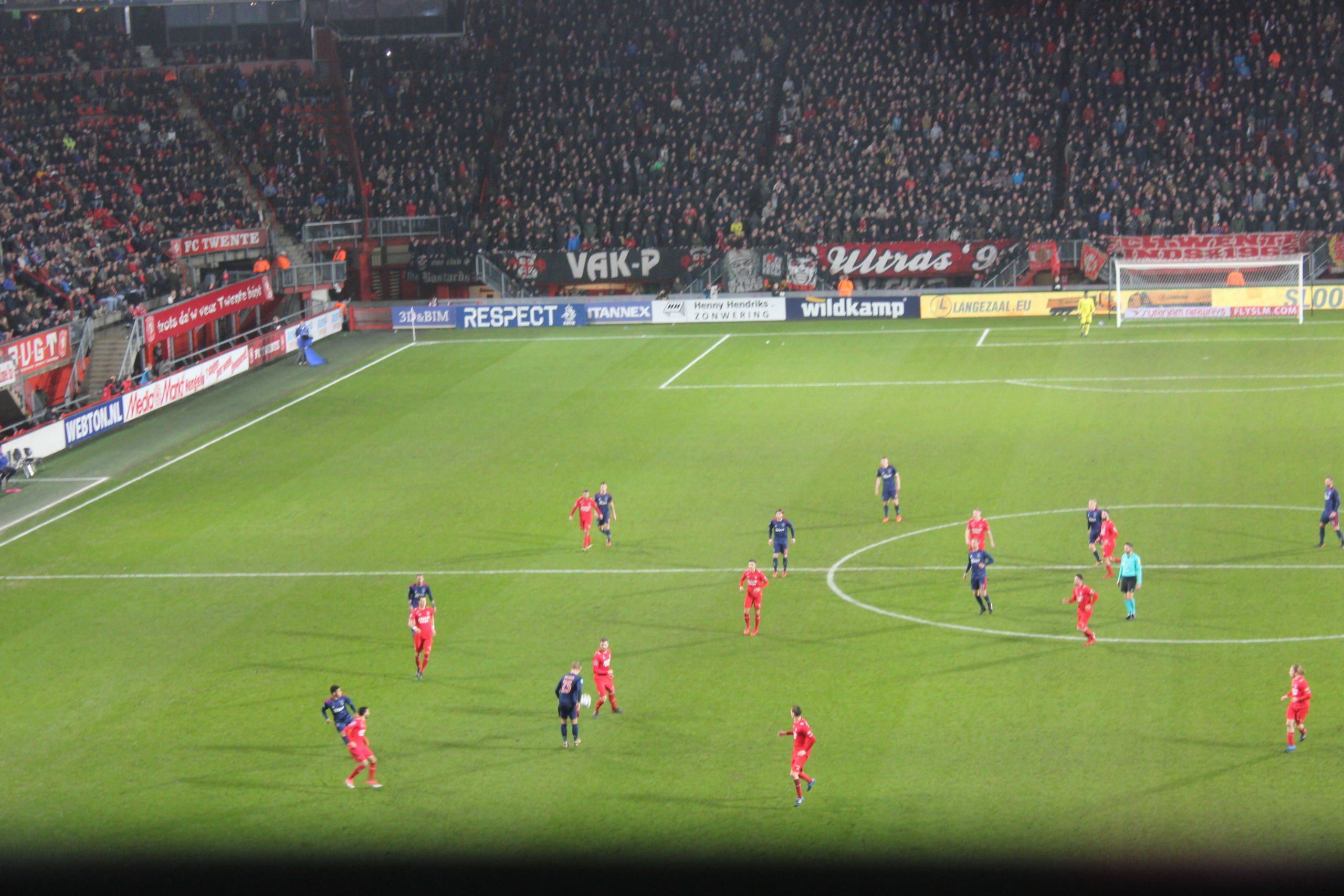 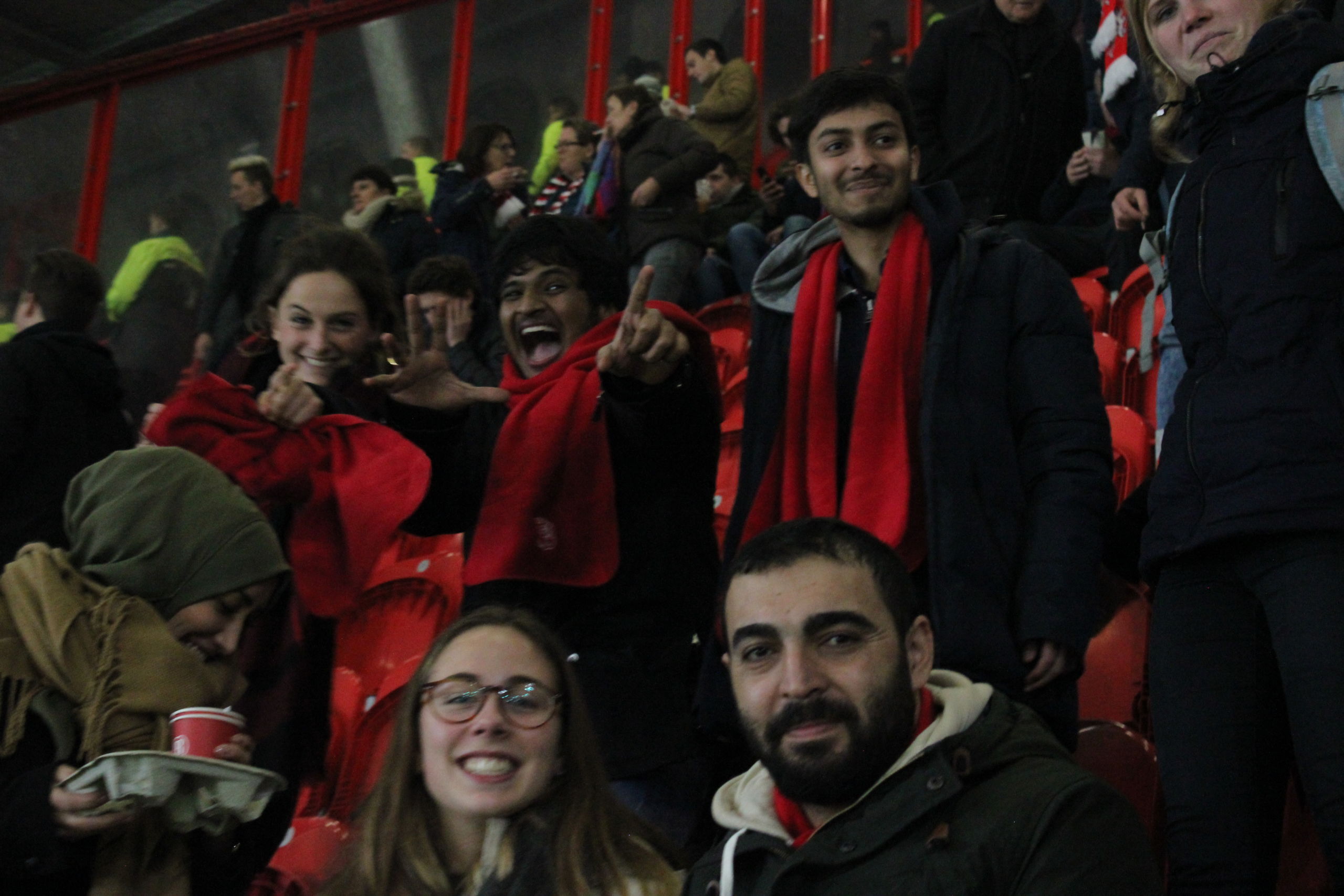 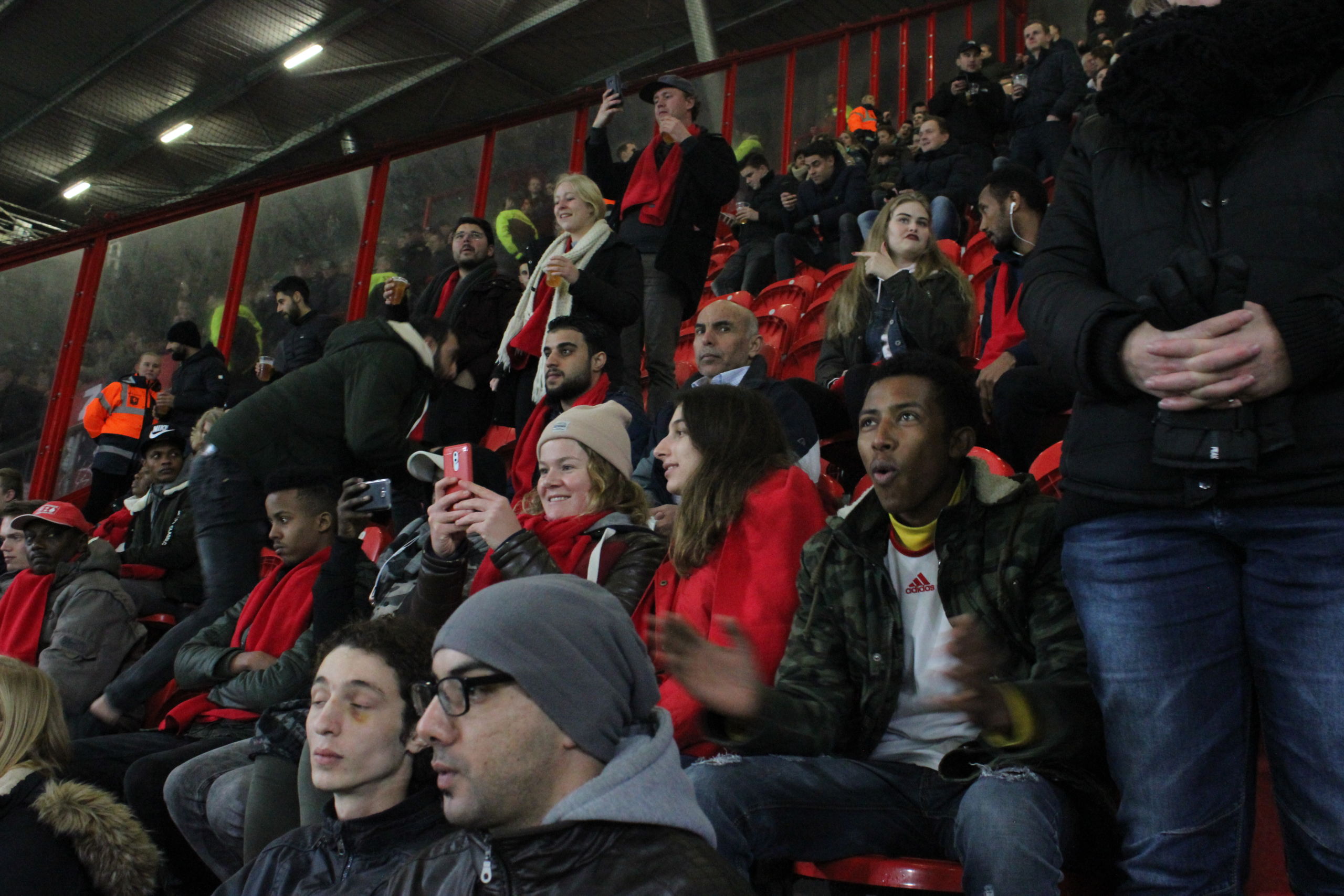 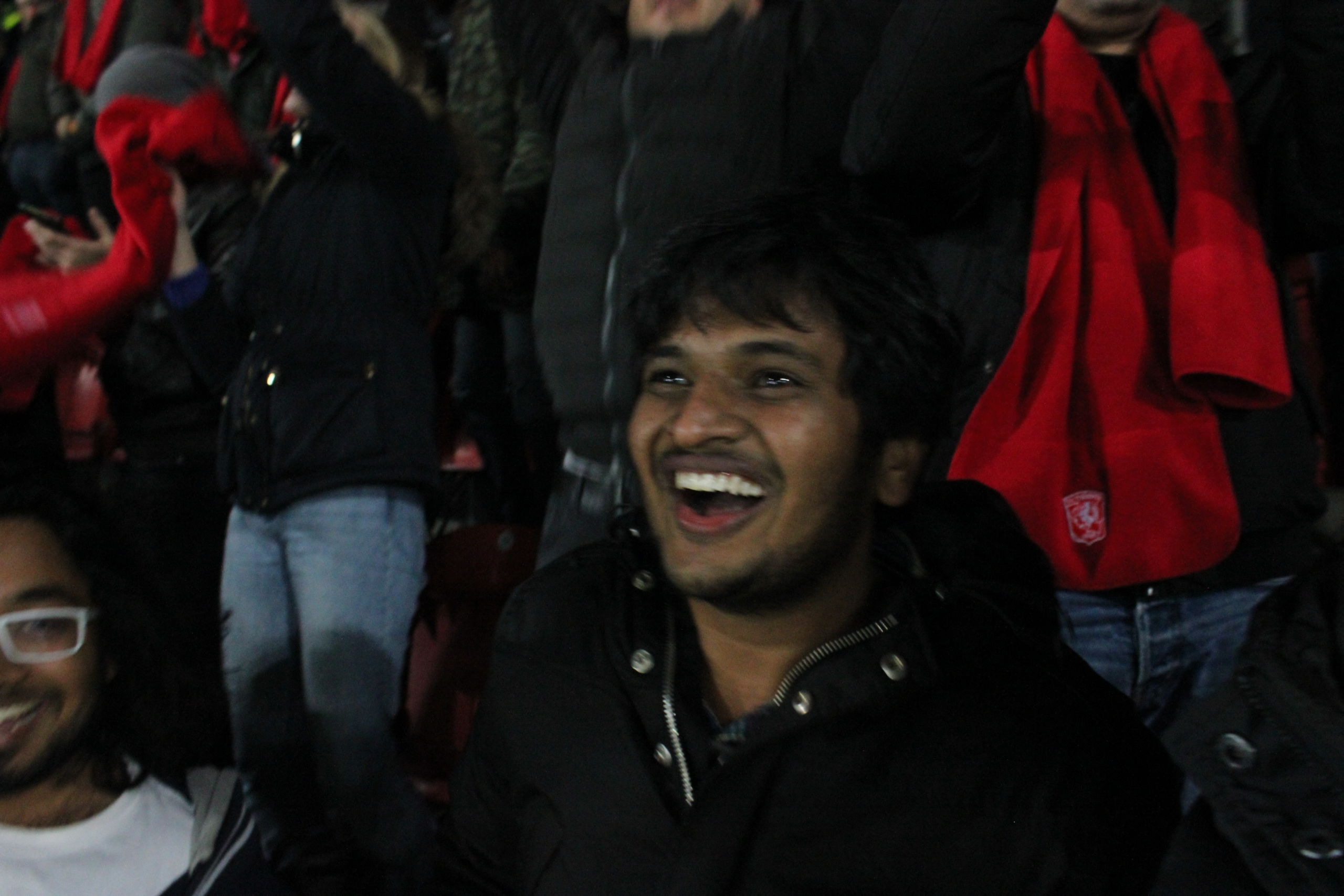 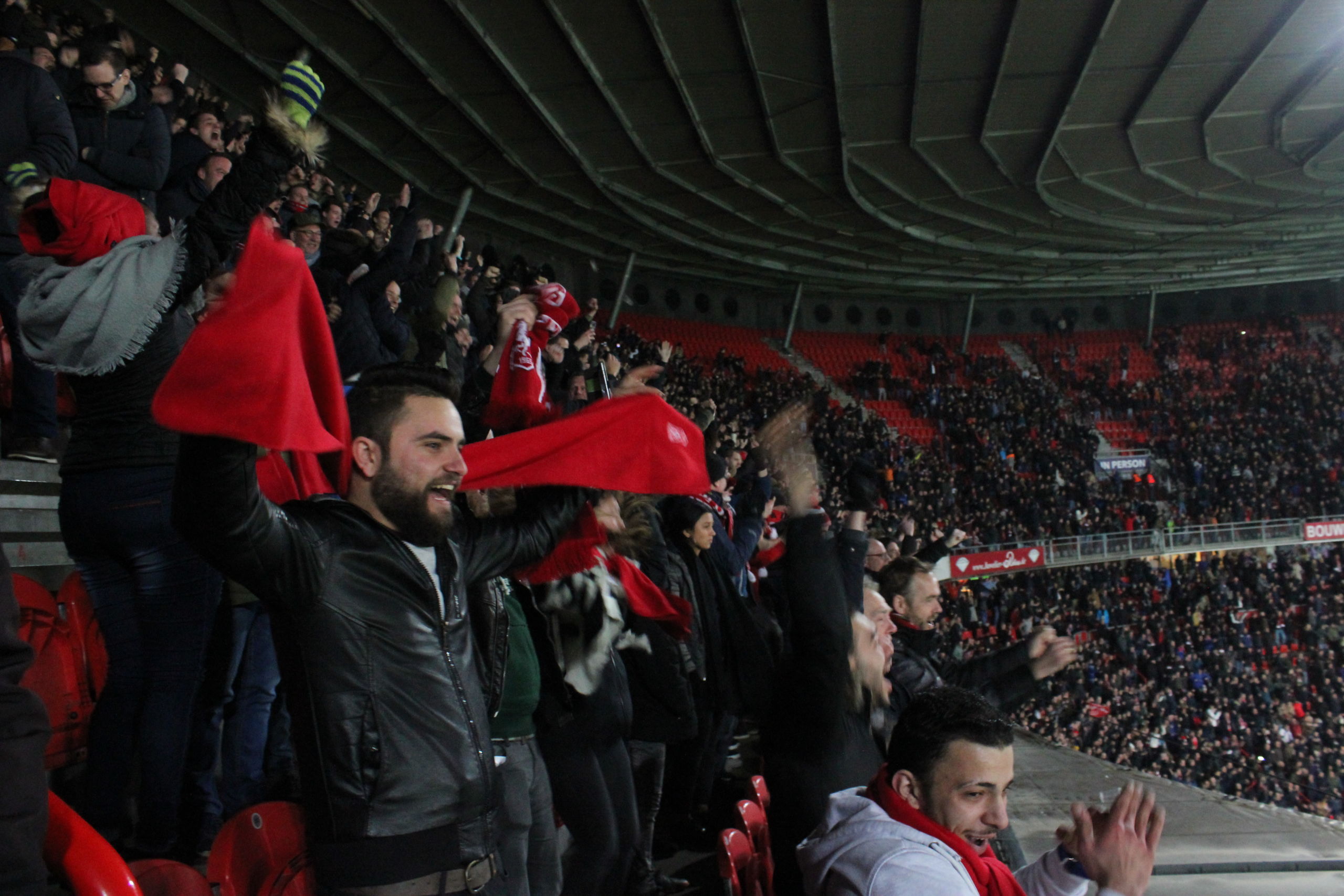 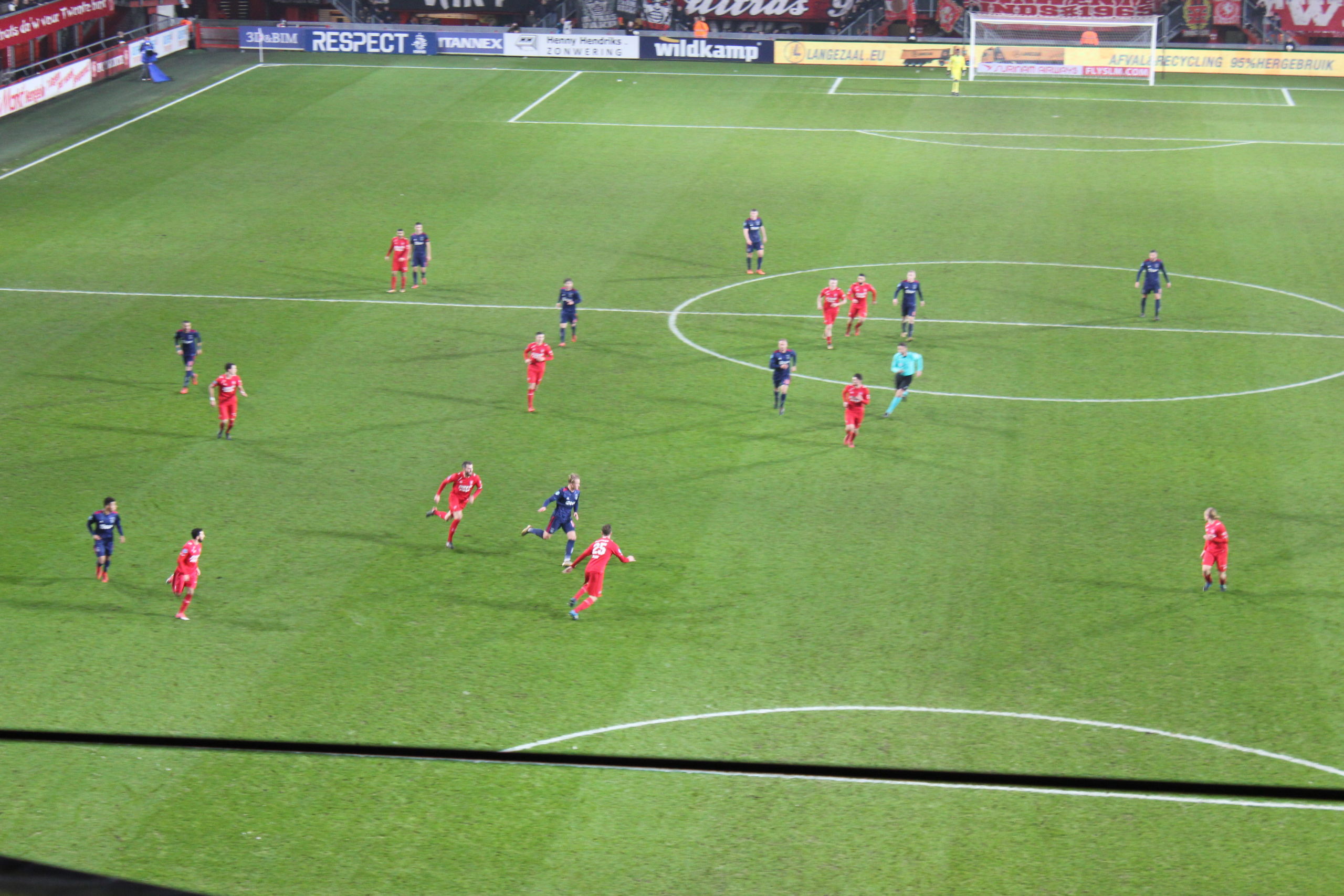